This is another entry from the 2014 Crystal Brush. They won gold in the fantasy/steampunk unit category :) Consequently I took them home and stuffed them in a box and never took pictures..until now. 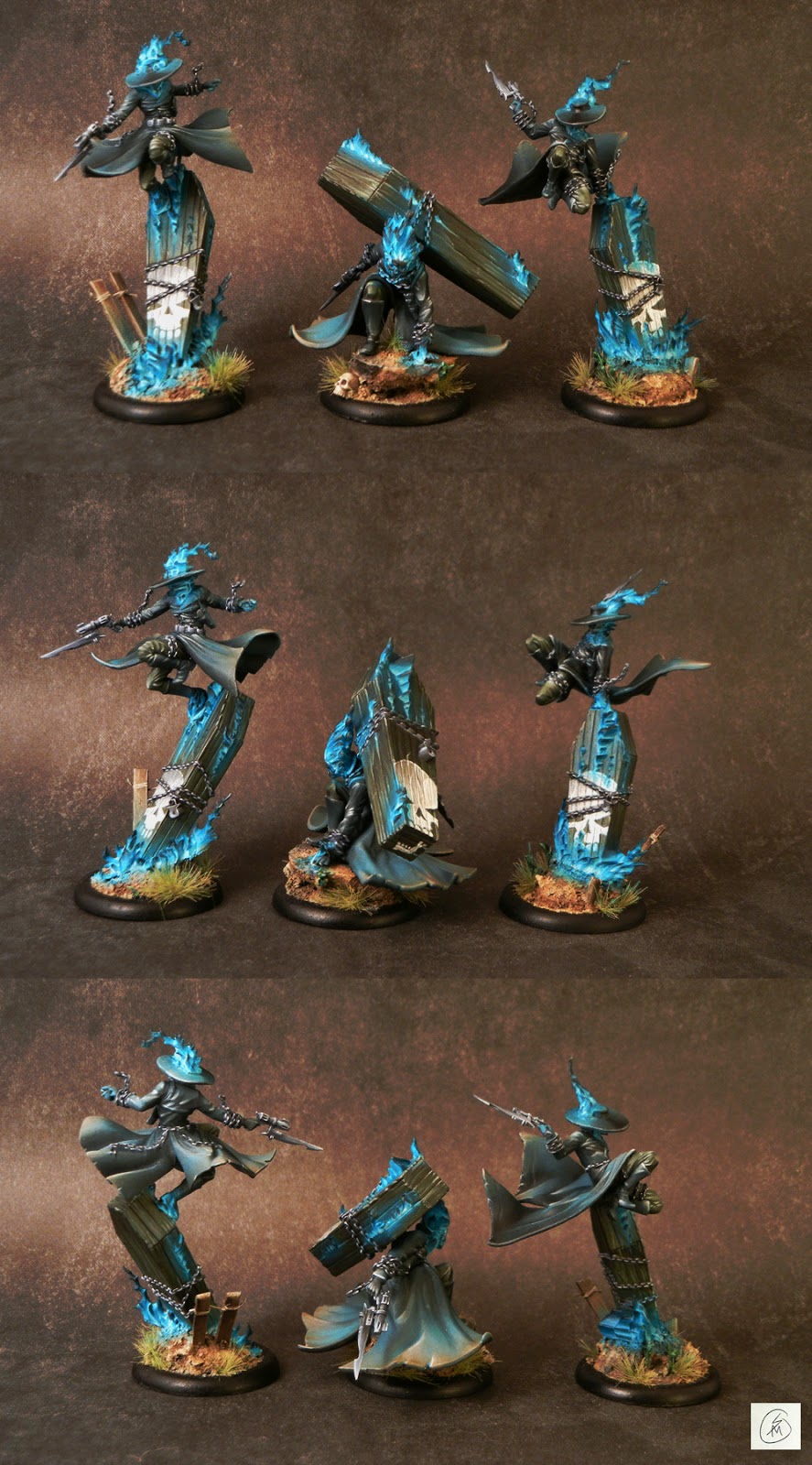 Check 'em out on Coolminiornot for a larger picture.

These were some old pictures I wasn't happy with at the time. Now, I don't care so much and think they look fine. This model was a challenge but I'm pleased with the end result. You can't be afraid of failure.

He's also up on Coolminiornot :)

Or Bloodbowl, whatever you want to call it. I've always heard good things about the game but never picked it up. Sometimes all you need is a taste though. Very clean minis from Vigil games :)

I realised I need a much larger sheet of backdrop paper to take pictures of the galleon and the many other large miniatures being produced these days. Following tomorrow's trip to the hobby store for various supplies, more on those later, I'll have some pictures to share.

I'm back from Gencon and all I want to do is paint :) This year was better than ever in many ways. I'll follow up on that in the near future. I was very happy to take the Grandmaster award at this year's P3 competition. So The pictures I take of my entry have to be perfect...Until then I'm digging into some commissions I had put on hold.

This is a Dwarf Bloodbowl team made by Vigil games. A nice tabletop project to counteract all the serious paintng leading up to Gencon. 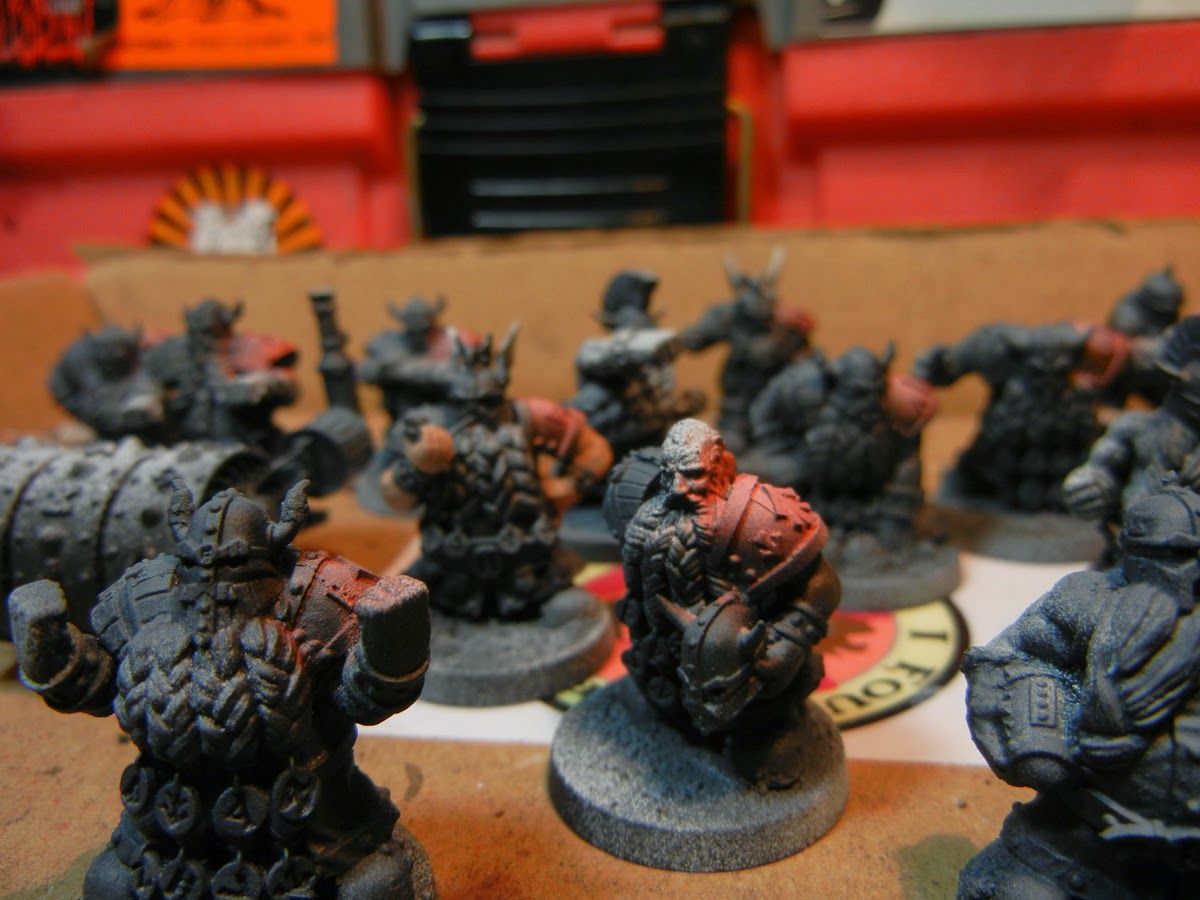 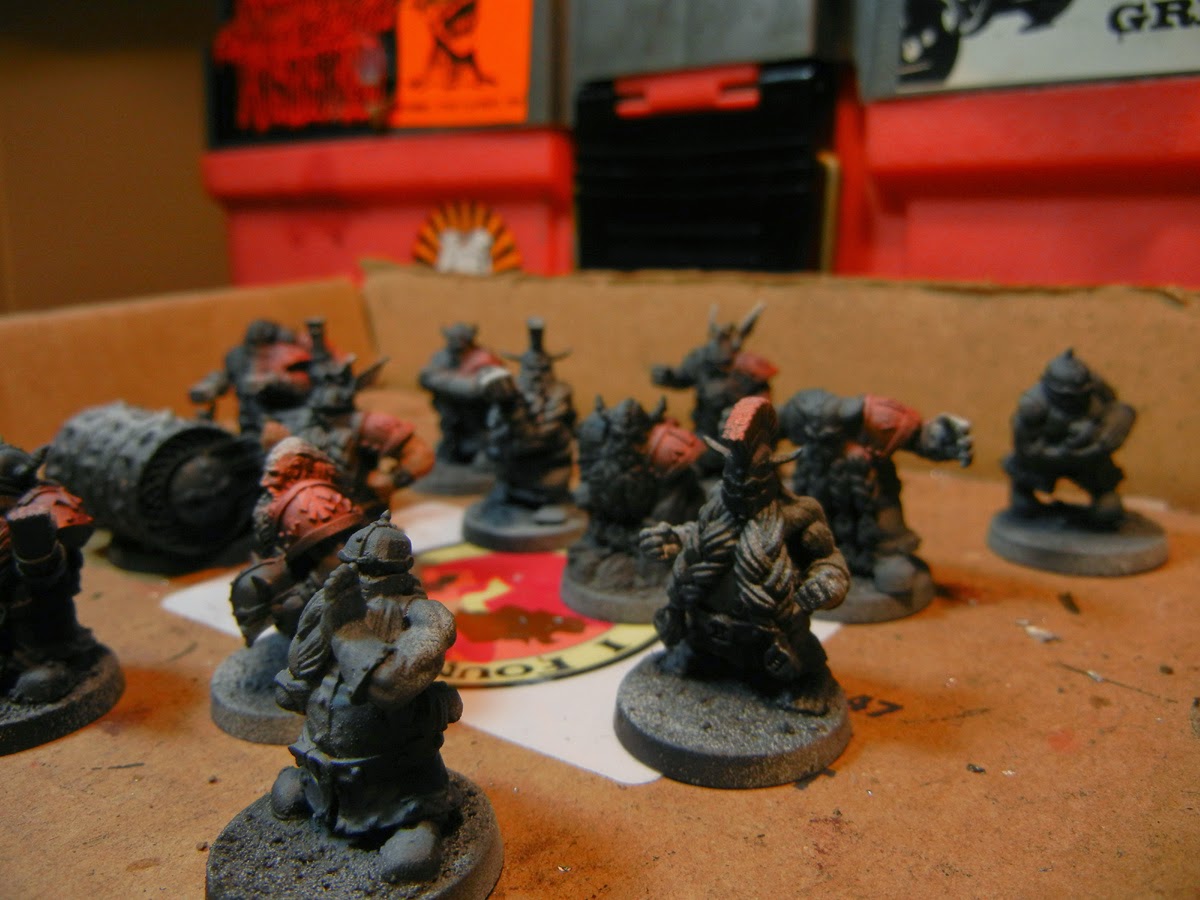 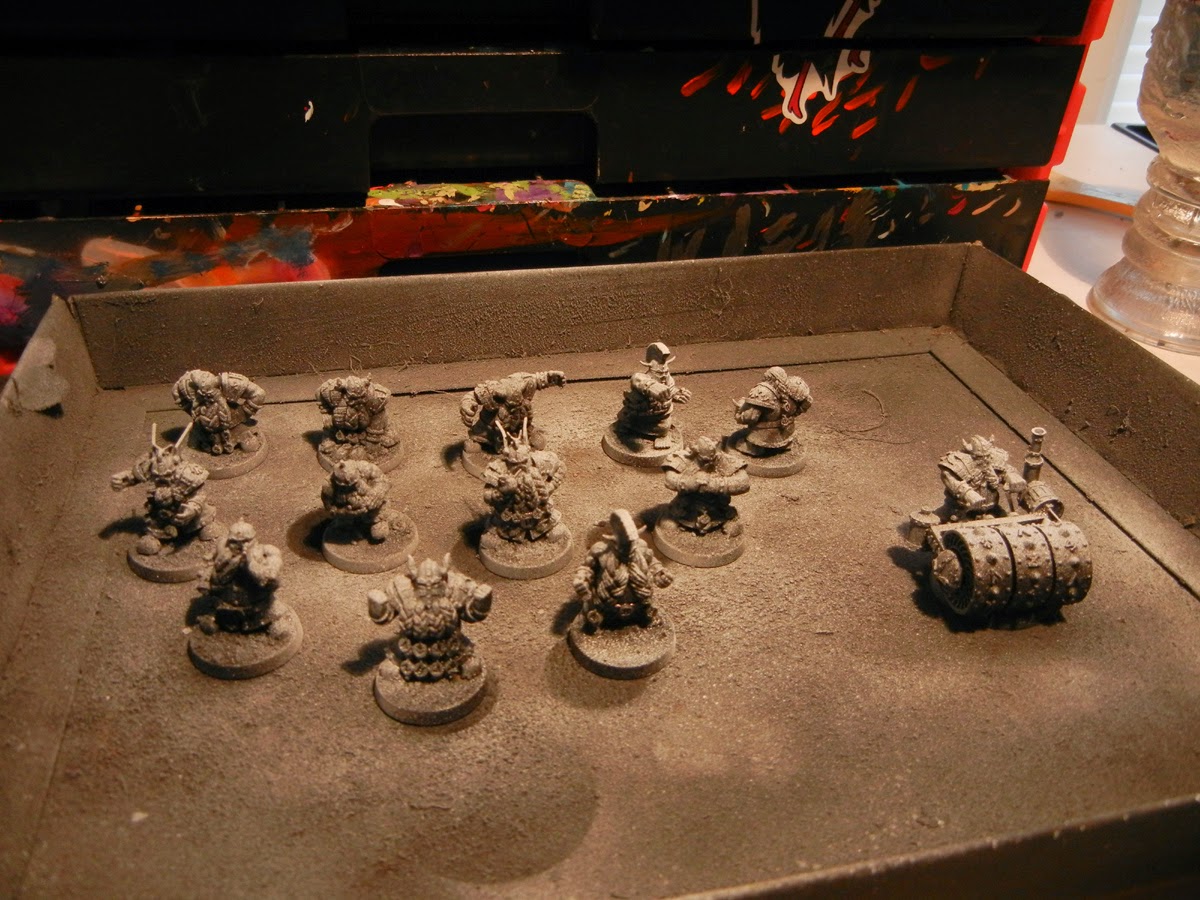 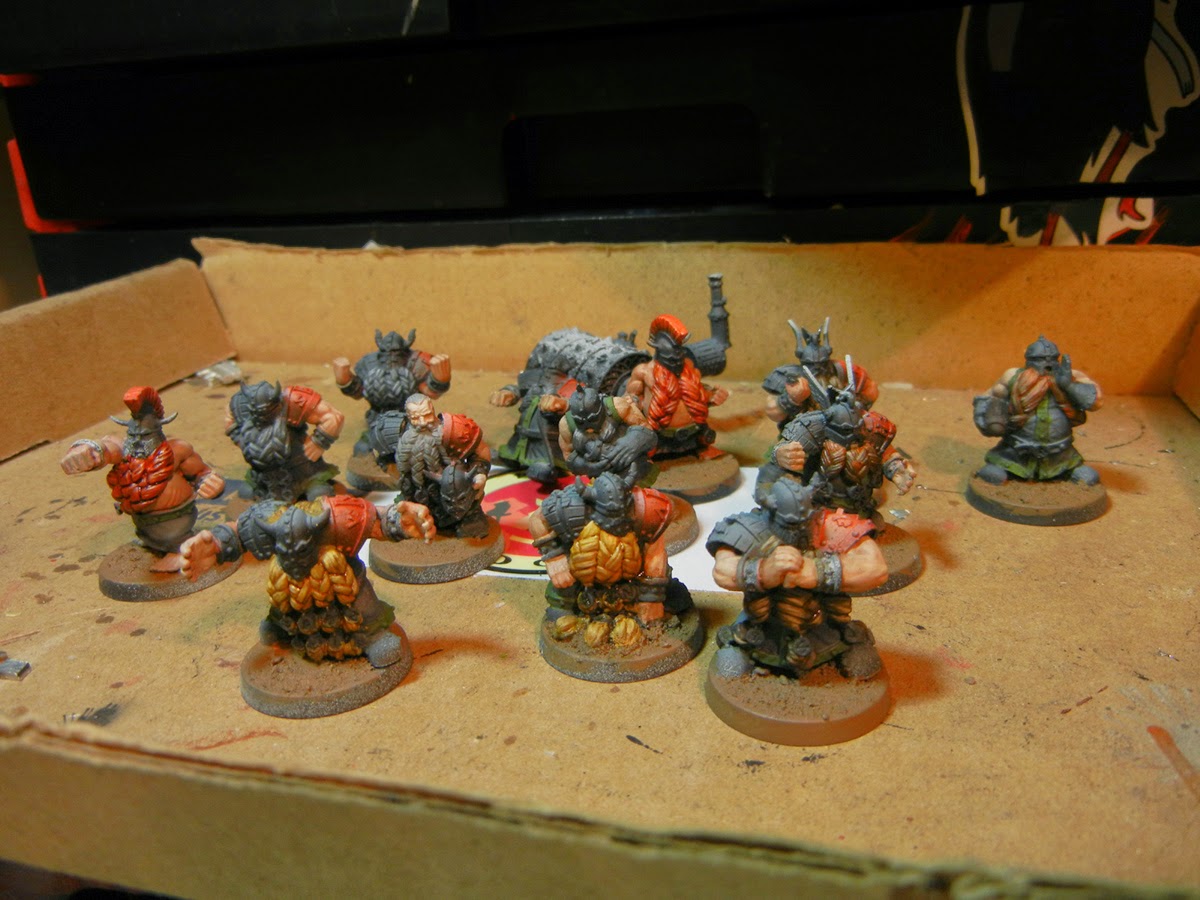 Next time they make an appearance they'll be done. For now, I'm going to attempt to take some pictures of the Galleon.

I finished this guy off a couple months ago and neglected to post the finished results. Everybody loves a space man riding a giant wolf, I was trying a few things out on him and trying to expand my banner making abilities. 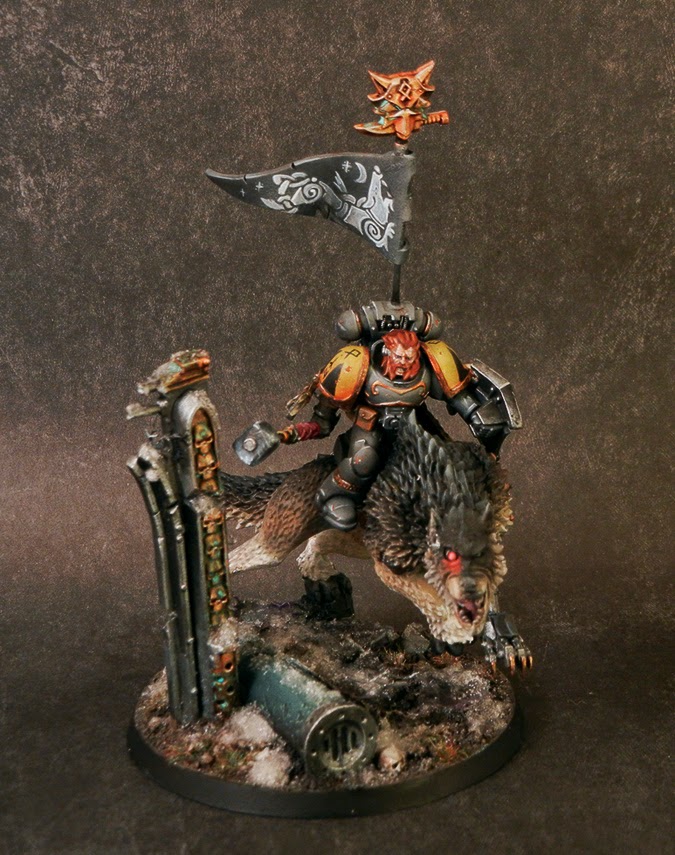 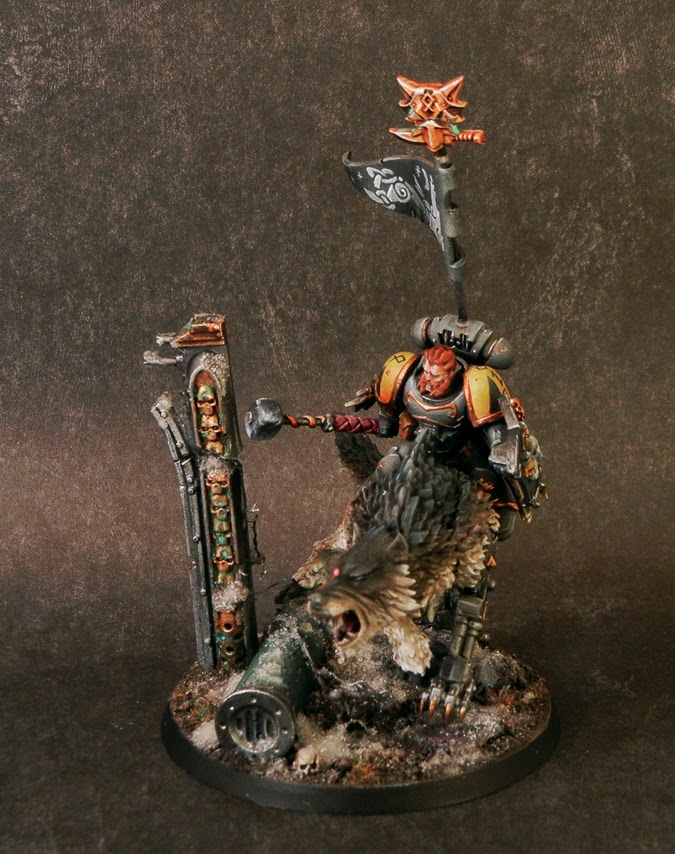 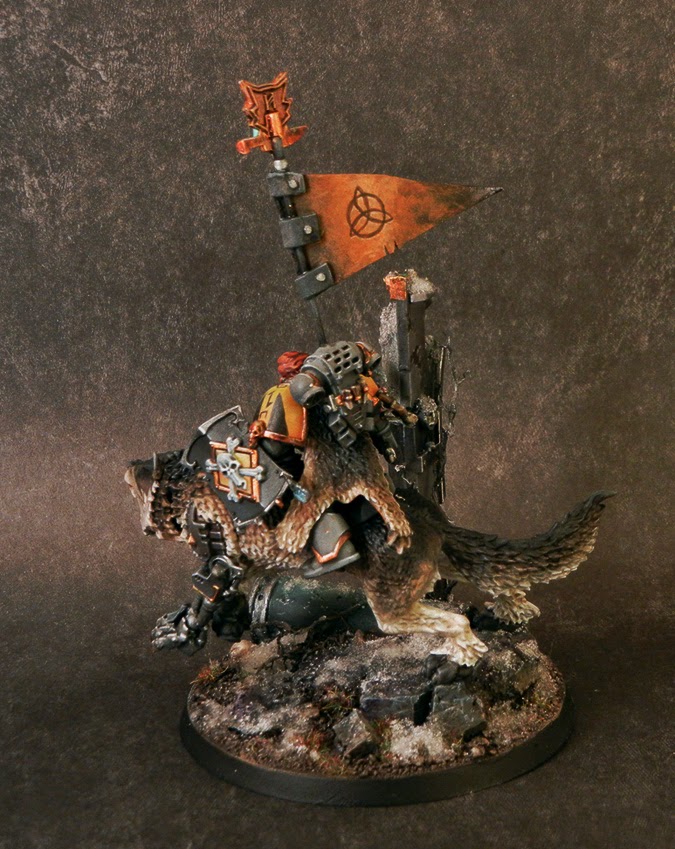 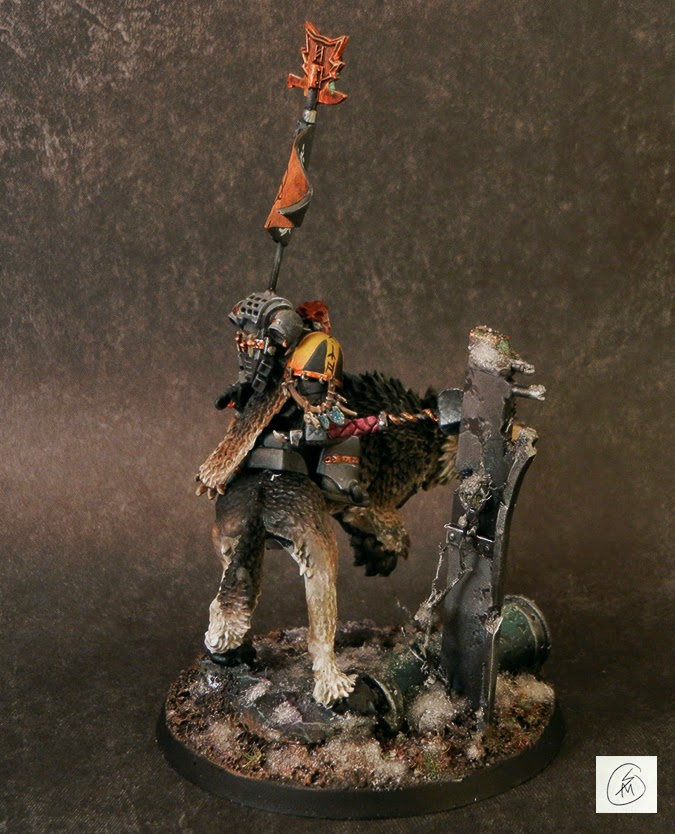 As time marches on, here's phase two of the Galleon. Following a fun filled weekend of Grindcore in Canada I'm fully immersing myself in this project. It's already painted in my head, now is time for the lengthy process of finishing what I've begun. 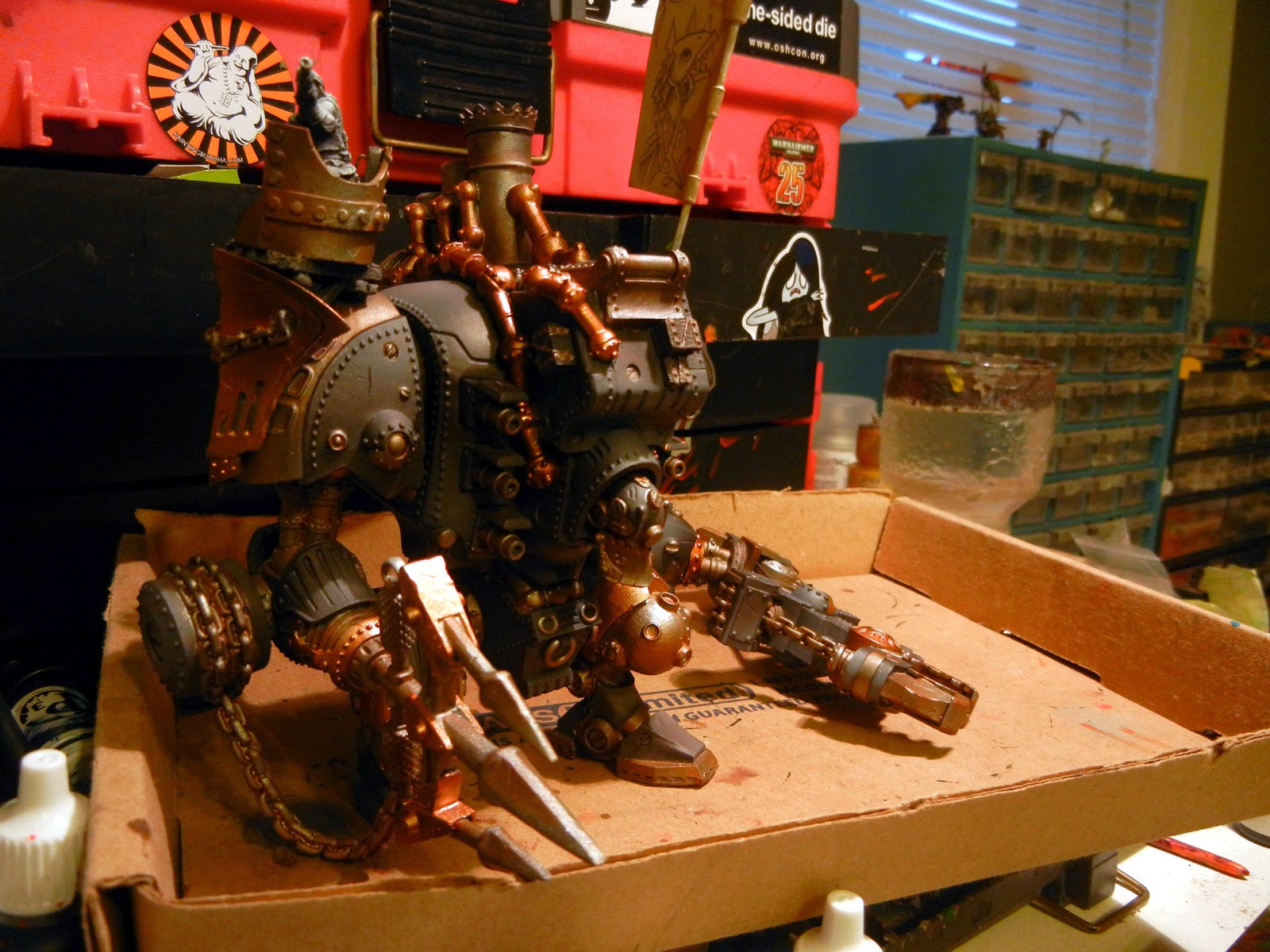 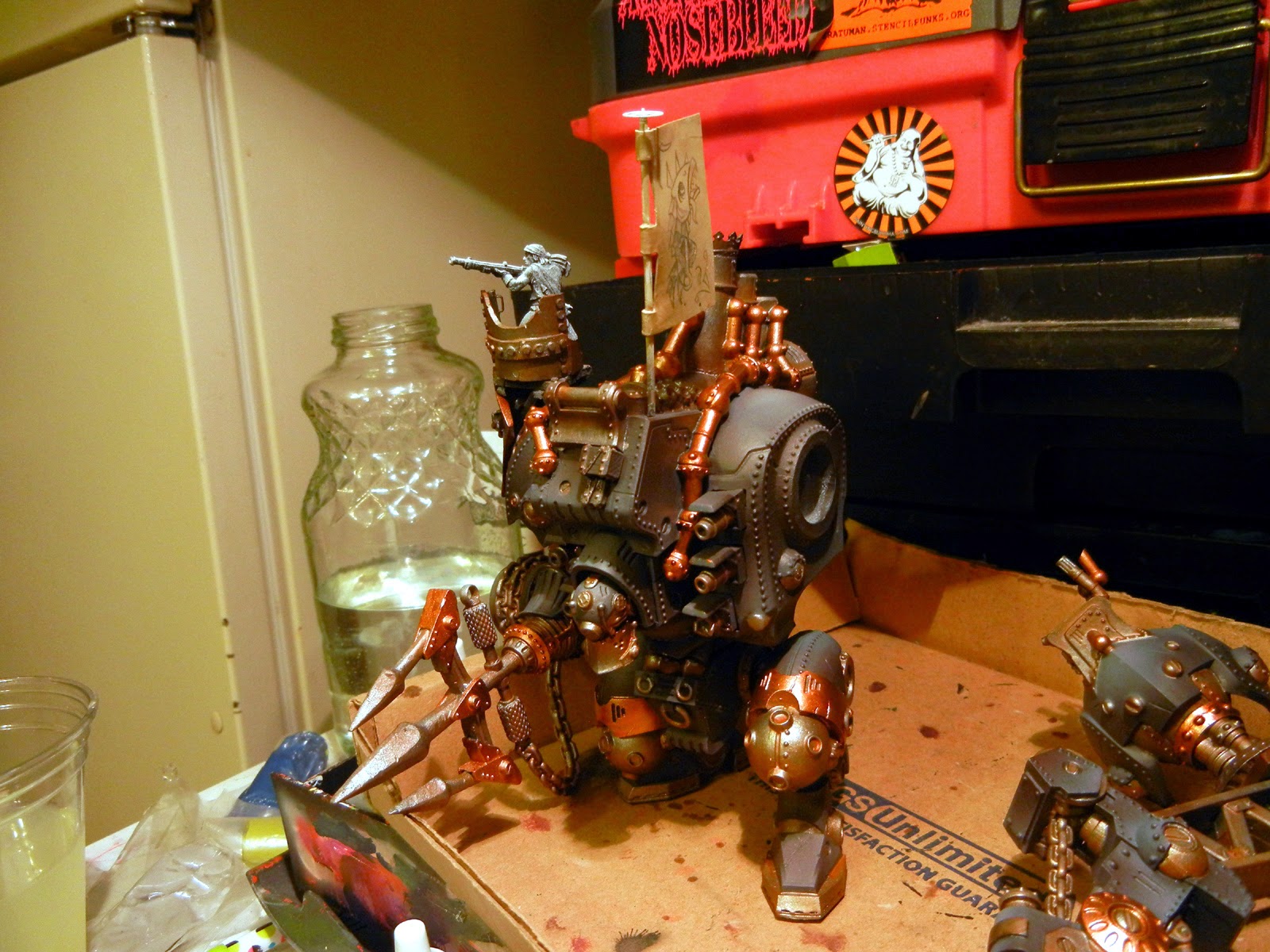 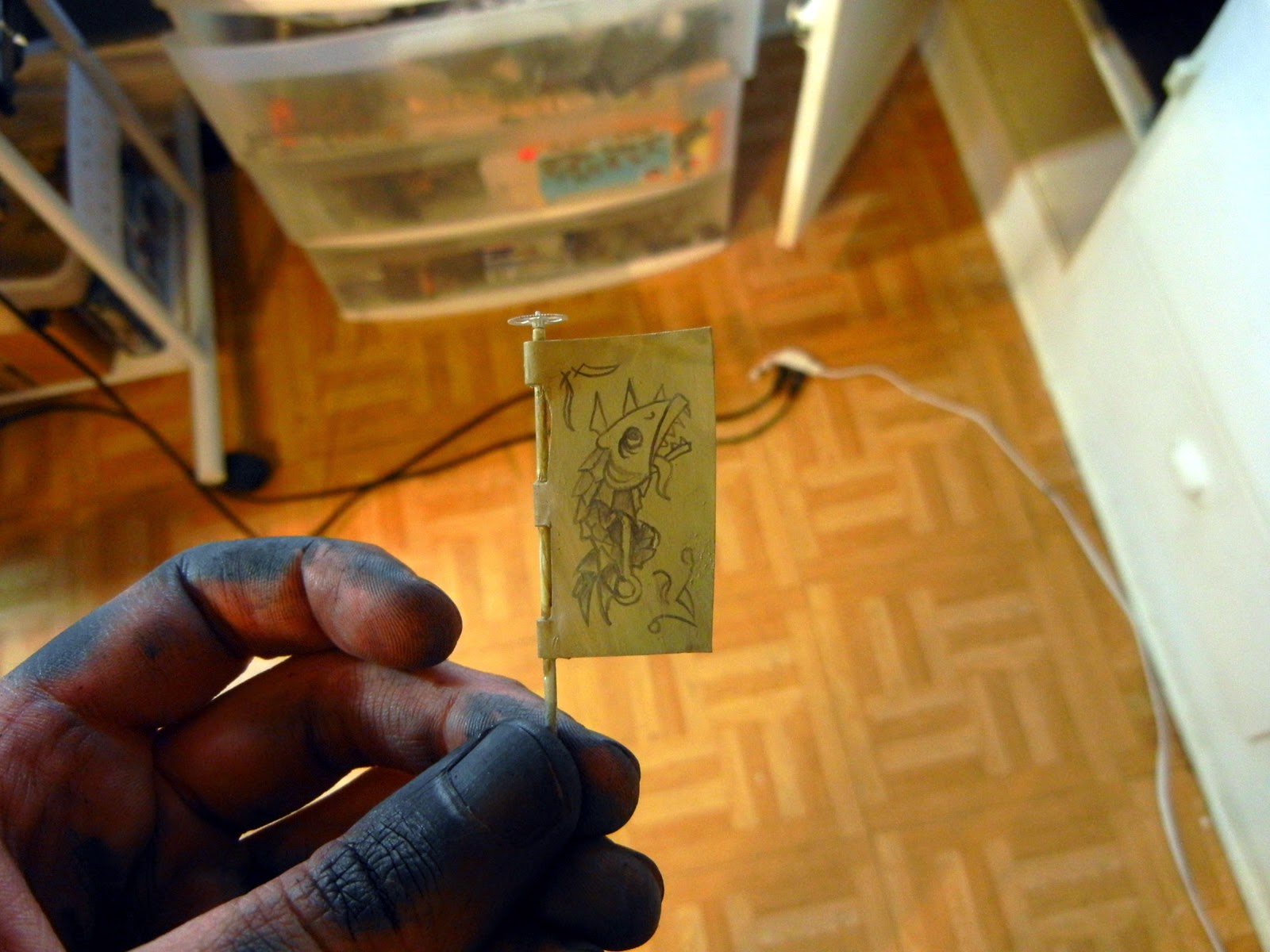 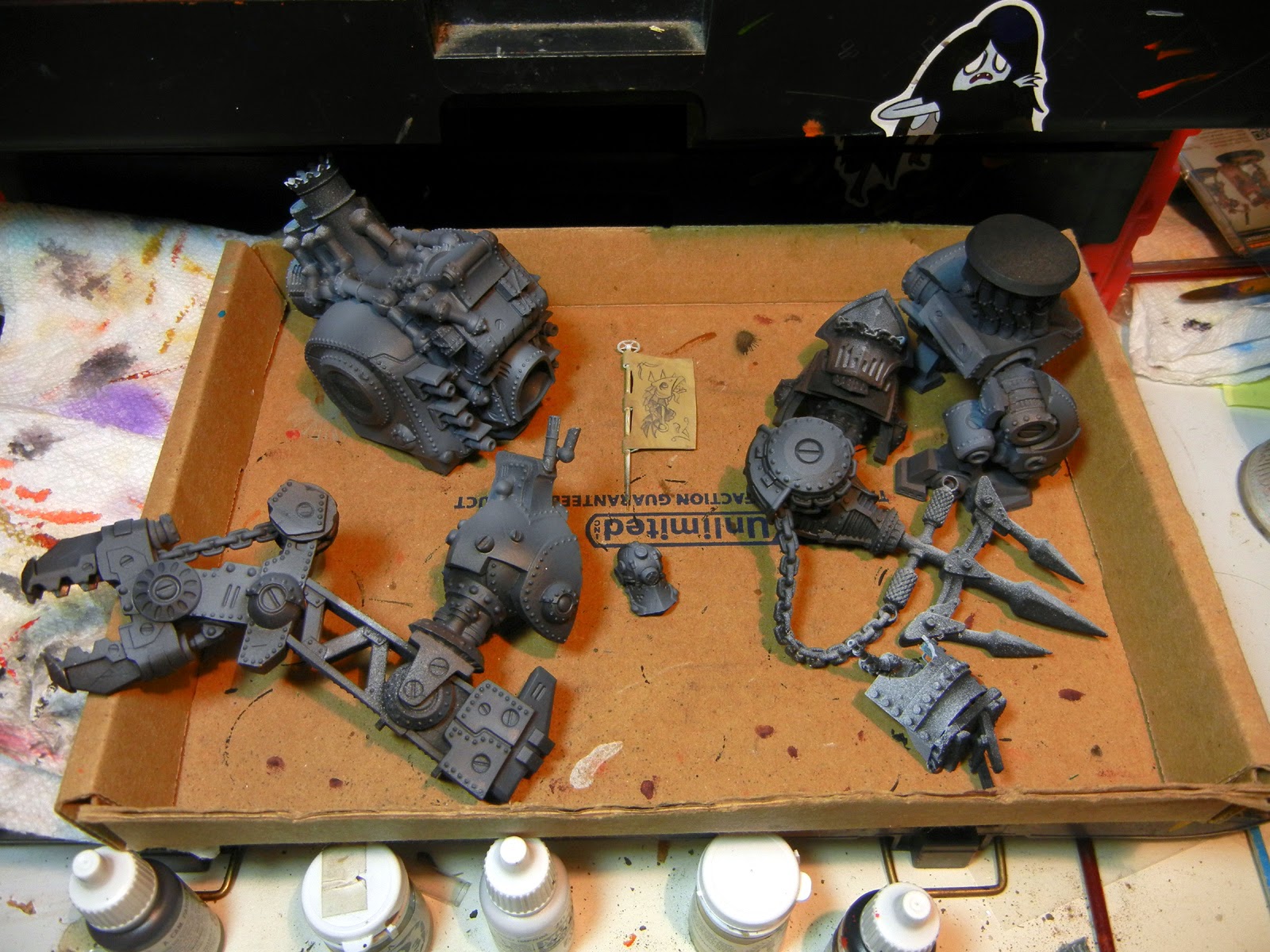 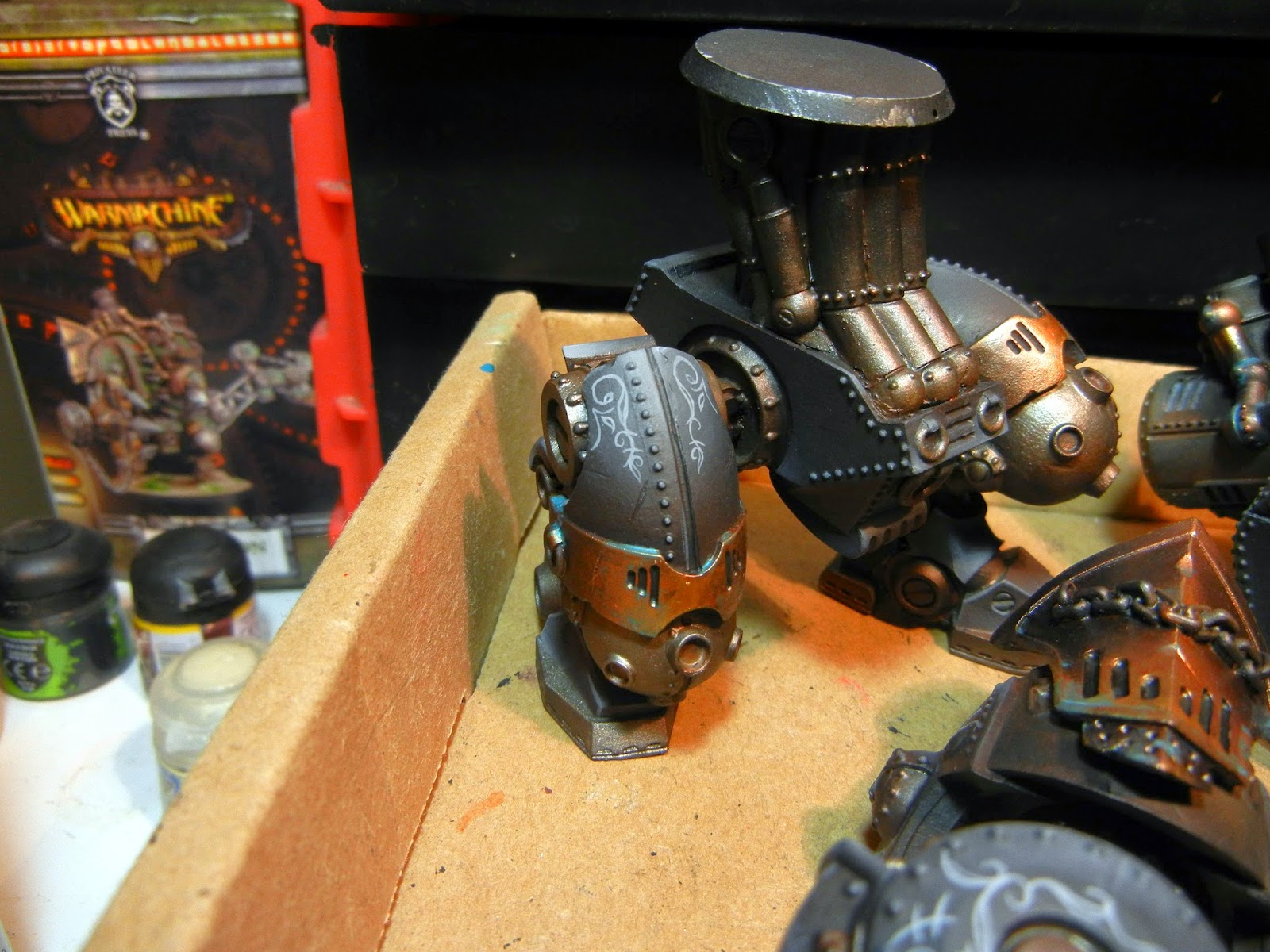 Three days until Gencon. Can I do it?..Sure.

So many pieces..But pretty they are. It's always fun to see how far you can take a project this size. I began ponderously but slowly I decided on a paint scheme while I trimmed and sanded..and drilled and sculpted, re-sanded. 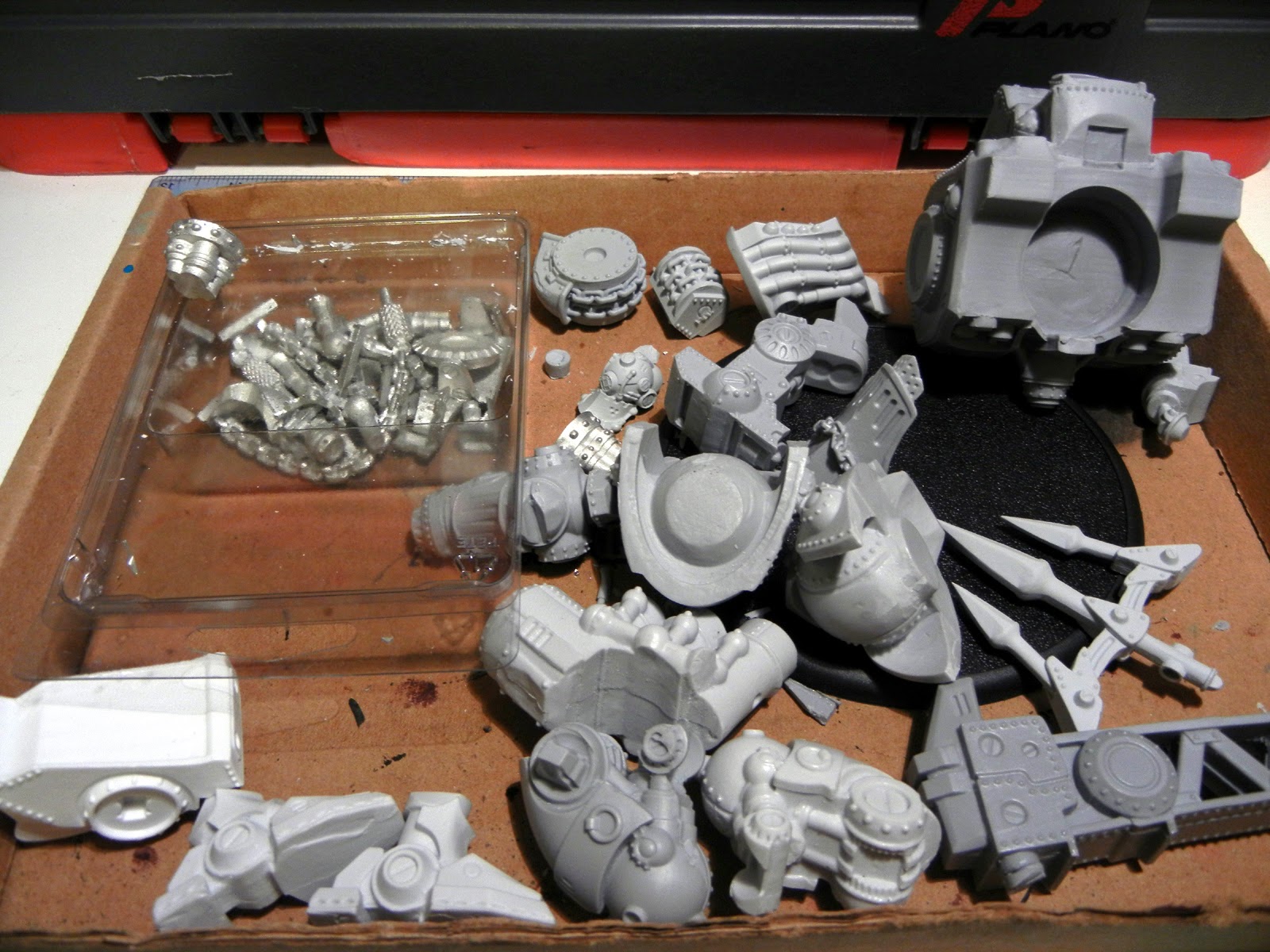 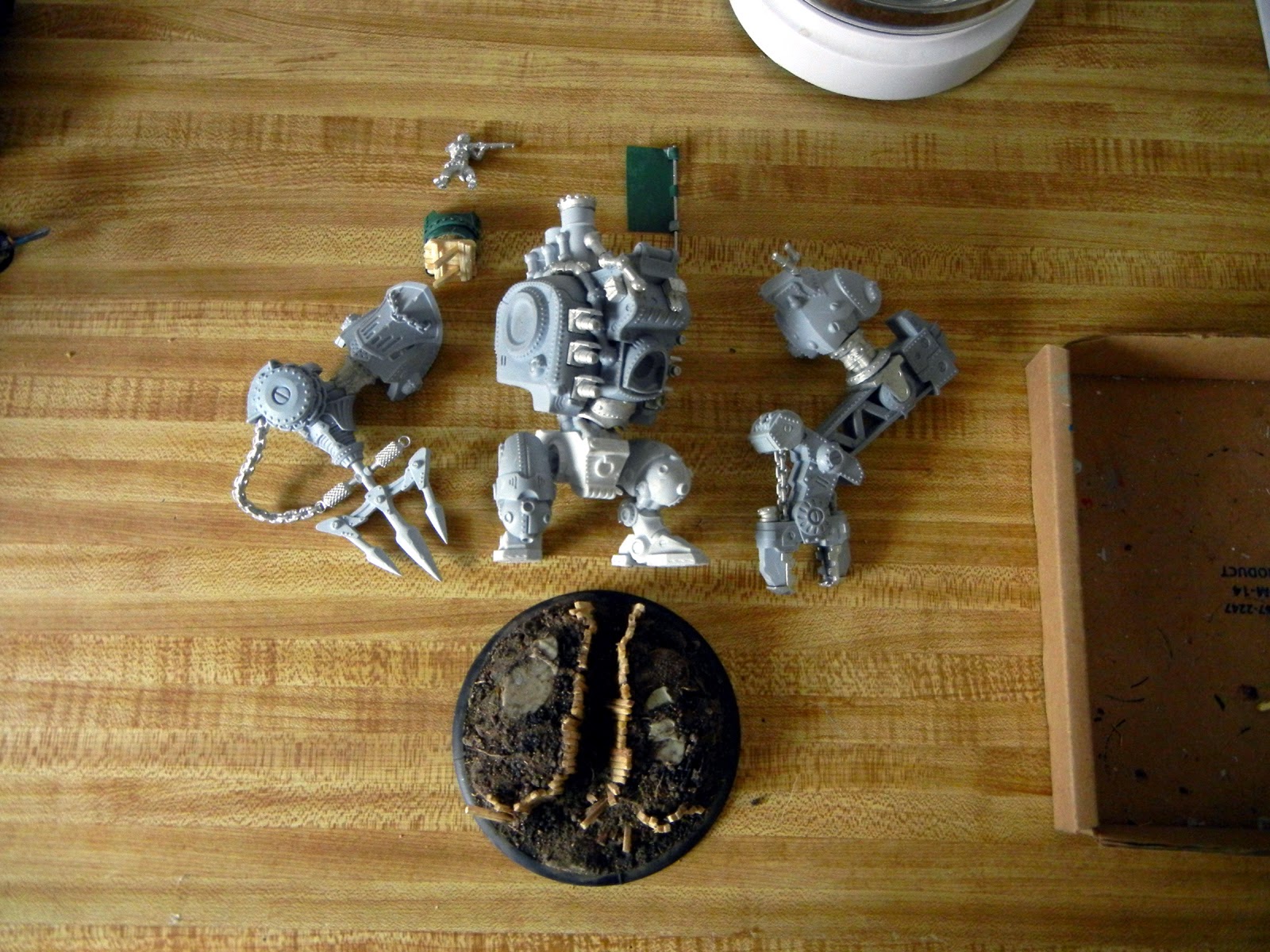 I know the theme is usually nautical like a dock or cargo bay for these guys so I wanted to do something different. Trenches seem to fit the setting so maybe a muddy trench would be telling enough of moisture nearby. 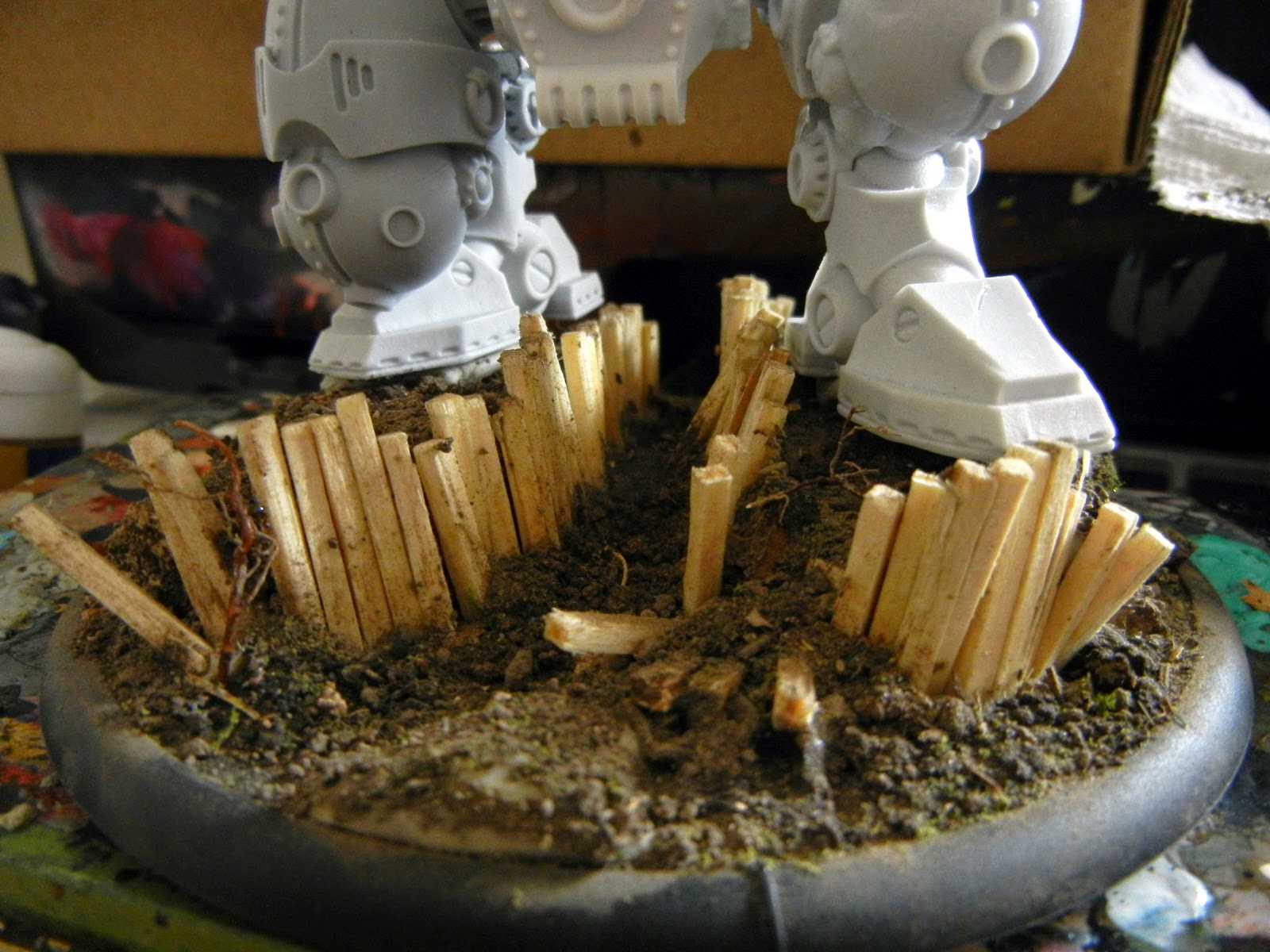 I wanted ti to look a little more fortress-like and also more of a mid campaign look. I built a sort of hunting stand made of the same materials in the trench, figuring the pirates adapted throughout the skirmishes and added a gunman to the right shoulder. Maybe as a guard against smaller targets hiding low in the trenches? 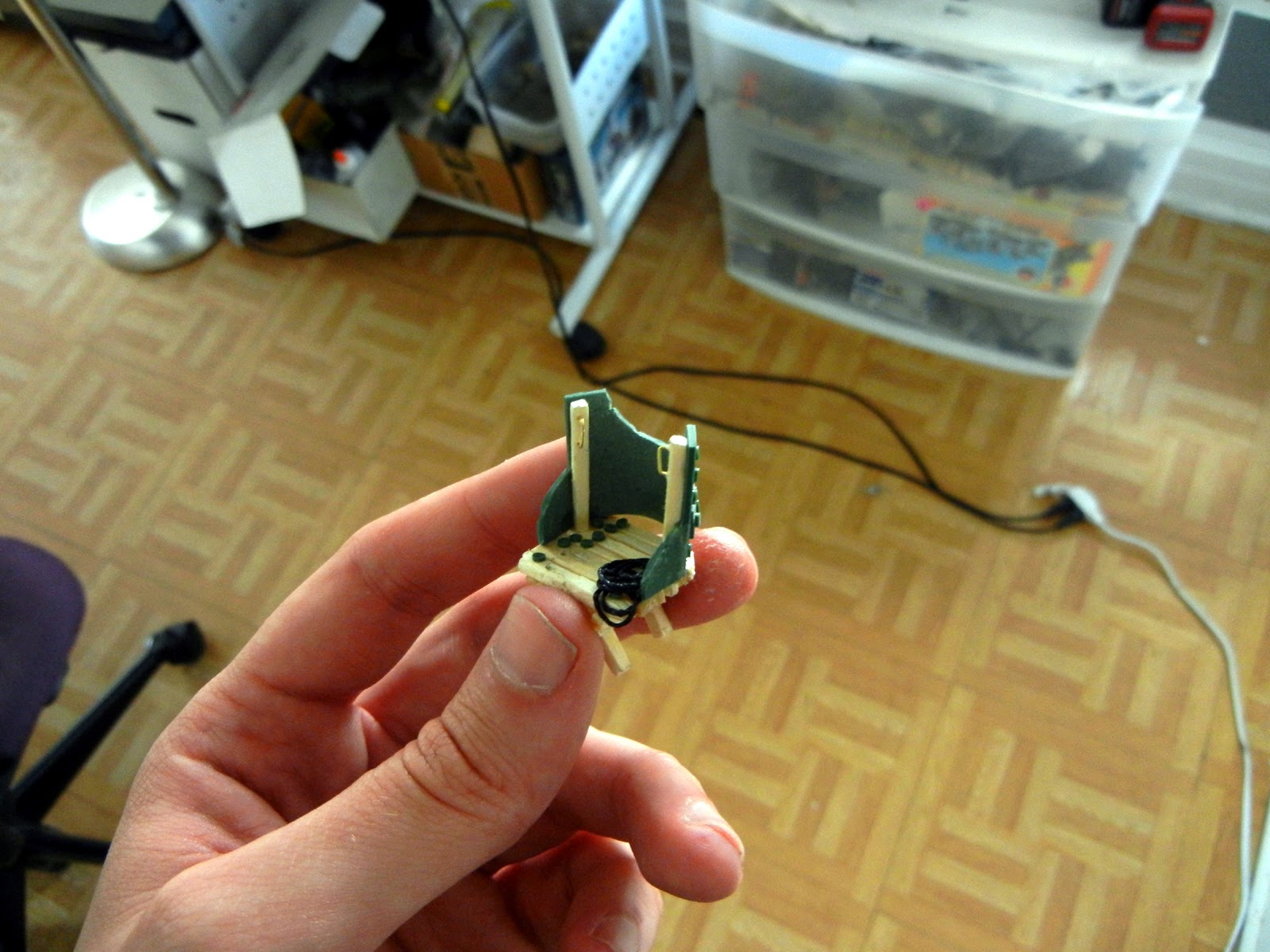 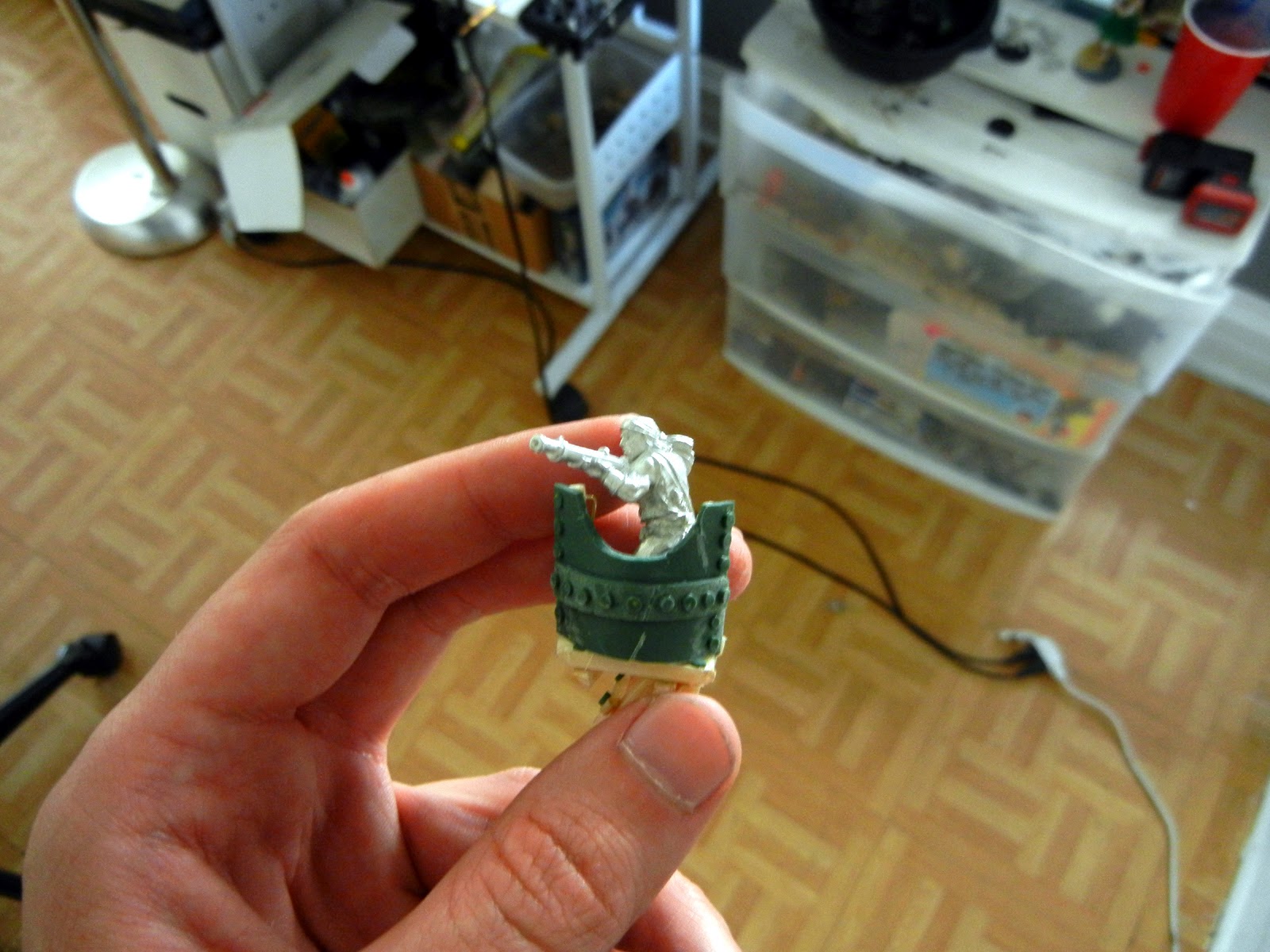 Shazaam, a rough look at where this guy is going :) 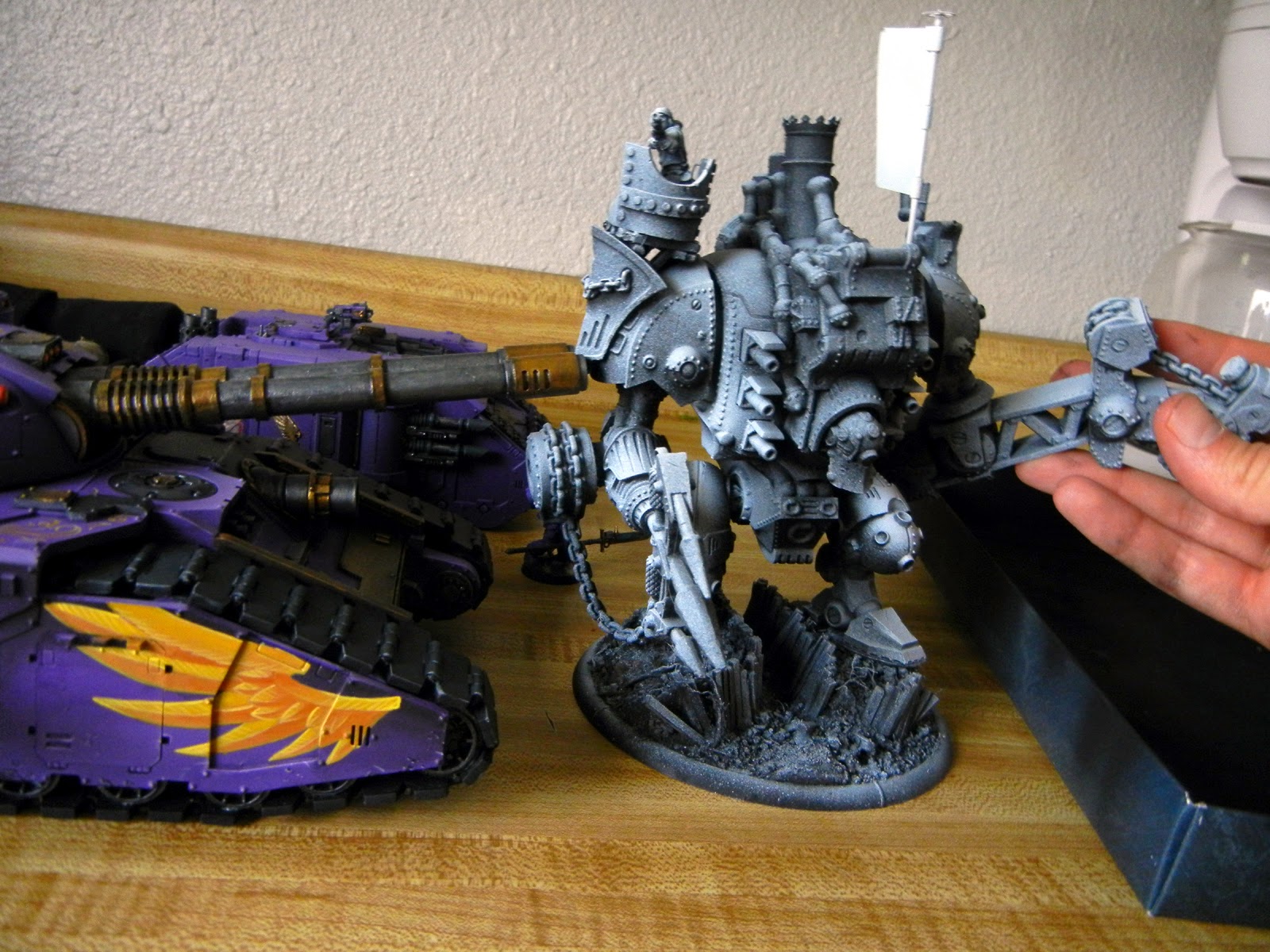