Relic Knight Beastmaster, in a flash!

All in a muggy afternoon, and I do mean muggy, must get an air conditioner.. Another Relic Knights commission! This time the Beastmaster to watch over the hounds of nozuki I painted previously (check them out here). Just aimed at a nice tabletop quality. I spent two hours start to finish, nothing too in depth but with some masking tape and an airbrush I was able to get a good start on the armor and then the skin. Everything else was a wet blend with some edging. 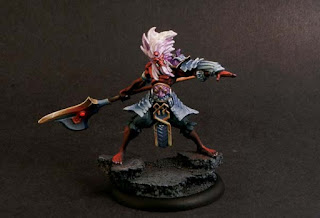 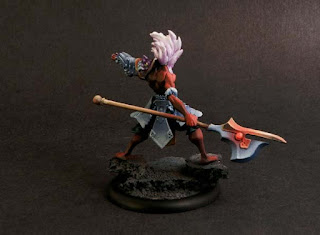 I've wanted to get my hands on one of these since they were first released. For me, their aesthetic screams hellraiser. A little more PG version of it but I think I can help that ha. 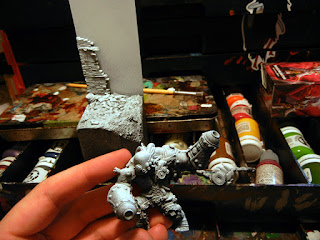 The tops of the forearm stubs were sculpted over to make a flat space for a freehand. I painted the areas black in the picture below to check that my sculpting would be smooth after priming. Sometimes it's hard to tell when you have multiple colors going in the area you sculpted. 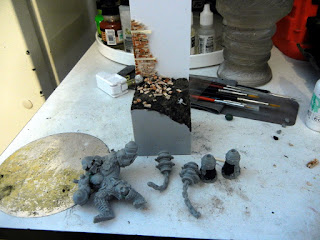 The wall is made from Secret Weapon bricks, match sticks, and bit of wire bent around to add some extra detail hanging on the wall later.The barrel is a bit from the Sons of Bragg unit. 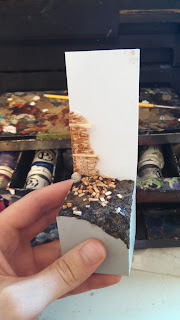 I've had some watch pieces waiting around for the right projecct. They worked well to add some finer details to the figures mask and replace some of the plastic parts I thought were too big. 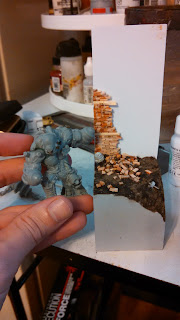 Next step, the airbrush :) Stay tuned!

Many have lived and many have died. Many more live on, ascending the growing pile of histories bones. Some choose their own luck, those which are gifted with immunity to Nurgles plagues and diseases. Undying and timeless, they are the Plague Bearers of Nurgle.

One man has chosen to paint them.

I'm steaming ahead on this project and it's down to me and the last 30. 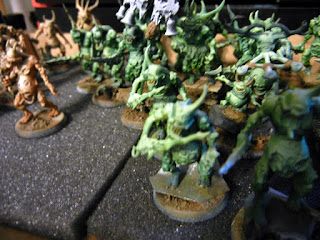 Below you can see the difference an angled inkwash on the children of nurgle can have :) 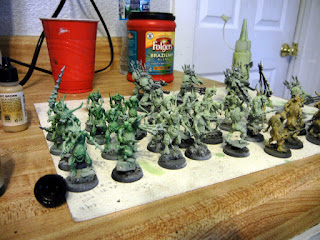 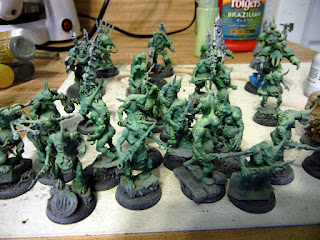 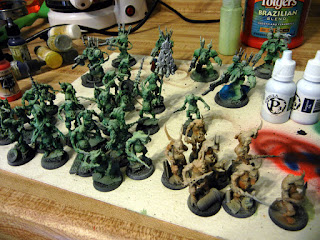 This is one of my entries from this year's Crystal Brush competition. I call it Shipwrecked and  am very proud he won Gold in his category, Fantasy Single. This model includes a lot firsts for me and also a lot of the lessons I've learned over the years. A cumulaiton of sorts, like any piece of art :)

He's also up on Coolminiornot if that tickles your fancy.

The following pictures were taken with my phone over the course of the few weeks I was working on this piece. Not a picture of every step by any means but, enjoy :)

Posted by samson at 2:24 PM No comments:

Hounds of Nozuki, in a flash!

This was a job for a local chap. I was asked to paint them to tabletop quality and match the artwork on the box. Three and a half hours later, from in the box to completion, this is the final result :)

I also snapped off an in progress shot while my jets were cooling. I broke them into pairs and found it easier to batch paint them that way. 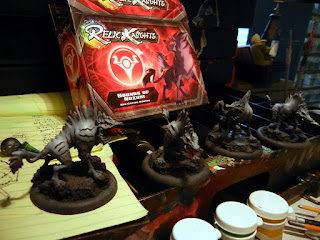 Something for the locals to fight over

Here be some brand new scenery packs from GW that I jazzed up for the local shop Flying Phoenix Games. Mostly airbrushed and inkwashed in that quick and effective internet style I've been seeing.

What are we fighting for?! 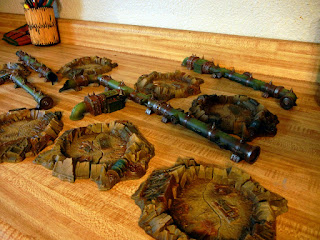 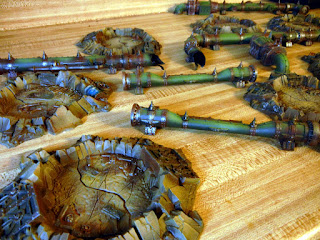 I painted these up for brother John in anticipation of our Gorkamorka League this summer. His only instructions were to keep them dark, dirty, and not belonging to any 40K mobs. Oh, and add a dash of purple. After I let him pick out a suitable skin tone I went to work and produced the motley crew you see before you. 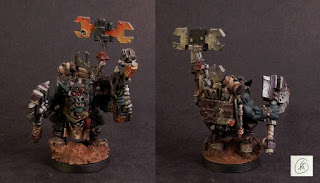 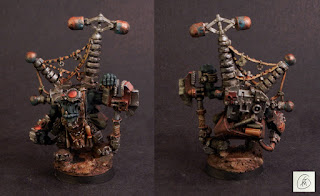 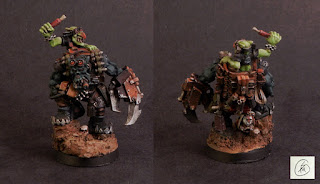