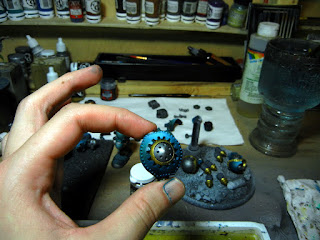 For the last three years I've painted up a colossal for the P3 contest at Gencon. This year I plan on doing the same and this time I chose the Stormwall. I like the Cygnar scheme but wanted to deviate a little from the norm so I aimed for more of a warmer turquoise blue. 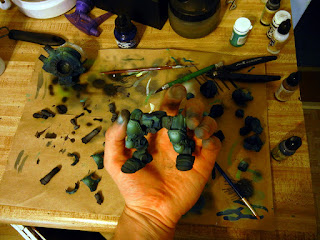 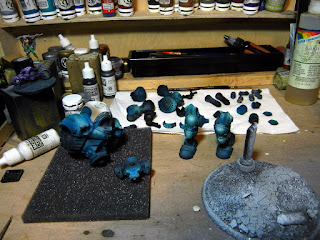 Once the airbrushing was done I started blocking in the metallic areas. 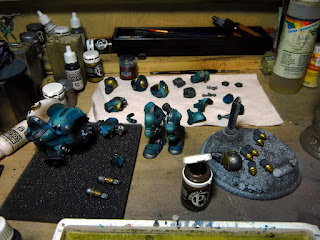 For the base I wanted to make something a little less wartorn and muddy. I had the idea of a more serene walking garden area in mind. Which will look a little plain until I add the foliage. I traced out the footprint on a piece of corkboard and went to work. All those botched banners I've been saving were finally going to be put to some use. 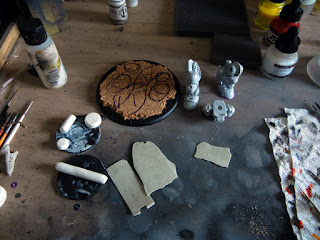 I also rolled up some pillar shapes from some milliput. They don't need to be perfect as I'll add some moss and vines to cover up the simplicity. 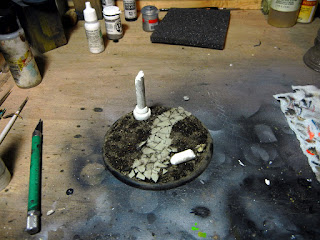